The following determination was published in the Mercury, Examiner and Advocate newspapers, and the Tasmanian Government Gazette on Saturday 5 August 2017, completing the 2016-17 redistribution of Legislative Council boundaries. 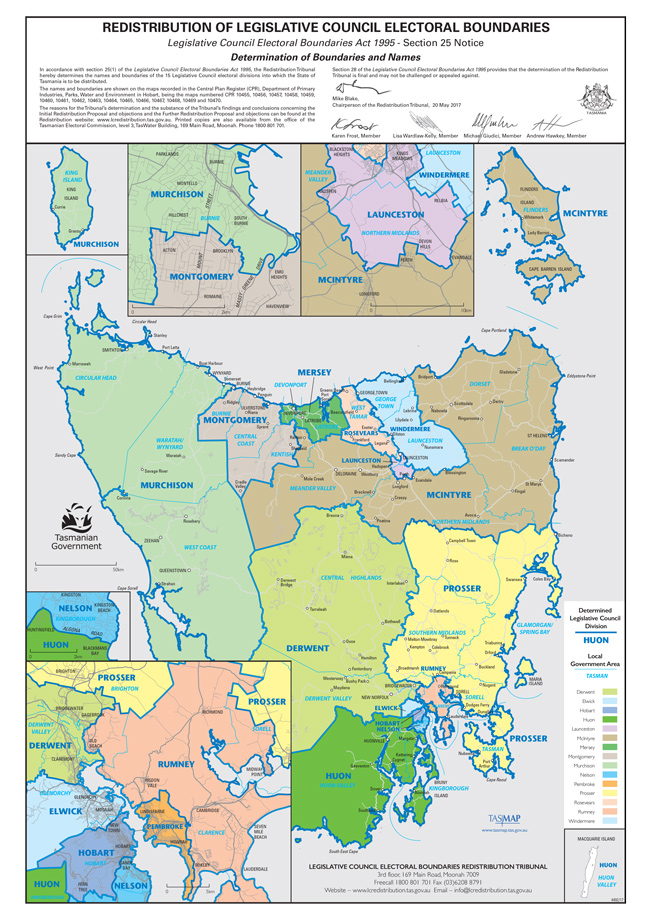 An interactive map is available on The LIST, showing current and final boundaries and local government areas as layers.

Detailed boundary maps for each division are available on the Tasmanian Electoral Commission website.

The following ad was published in the Mercury, Examiner and Advocate newspapers on Saturday 8 July 2017. 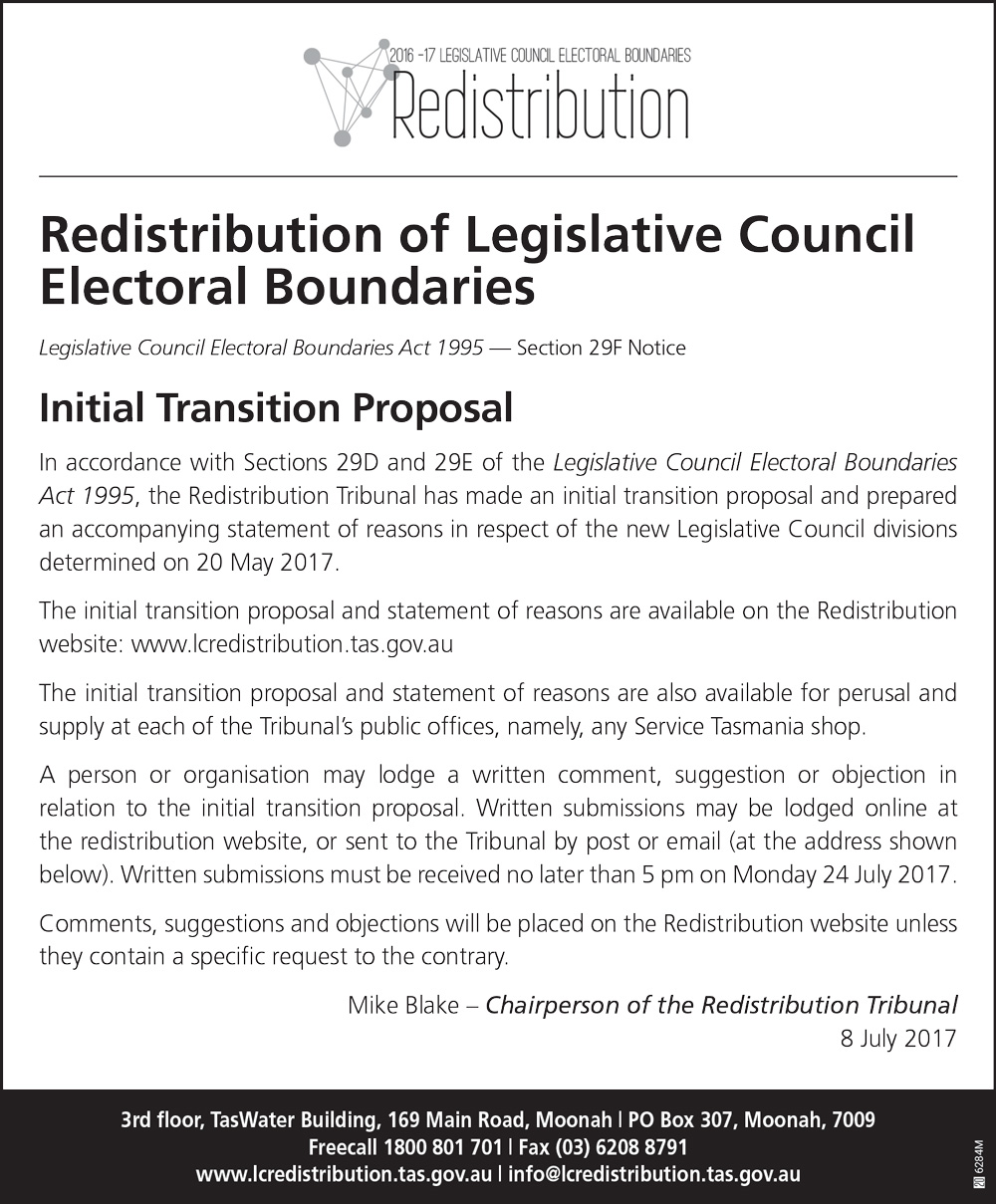 Submissions for the Initial Transition Proposal closed at 5:00 PM on Monday 24 July 2017.


The Tribunal then considers any comments, suggestions or objections received in relation to the Initial Transition Proposal, and may hold a public inquiry into these matters.
The Tribunal must make a determination of the transition arrangements as soon as practicable after its deliberations.
Under Section 29A, the new division boundaries and names will come into effect on and from the date of the determination of the transition arrangements.

The Redistribution Tribunal has concluded its inquiries into any submissions made to the Initial and Further Redistribution Proposals and has made a Final Determination. On 20 May 2017, following this the final determination of the new electoral boundaries and the names of the new divisions, the Tribunal's role is to determine the transition arrangements in respect of the newly determined divisions.

The first step in determining these transistion arrangements was the holding of public hearings: